A shrine in the Oshio area which is famous for Aizu mountain salt (rock salt).

Originally it was a mountain shrine that worshipped the gods Onamuchinomikoto and Oyamazuminomikoto, but in early modern times, as a result of the prosperity of the Oshio Hot Springs, the Yuzengongen (Yakushinyorai, the Buddha of Healing) was adorned near the Shioi area, and became enshrined as the main deity.

After that, it became a hot spring shrine due to a movement to abolish Buddhism during the Meiji Era. It is on a hill that rises for 180 steps. 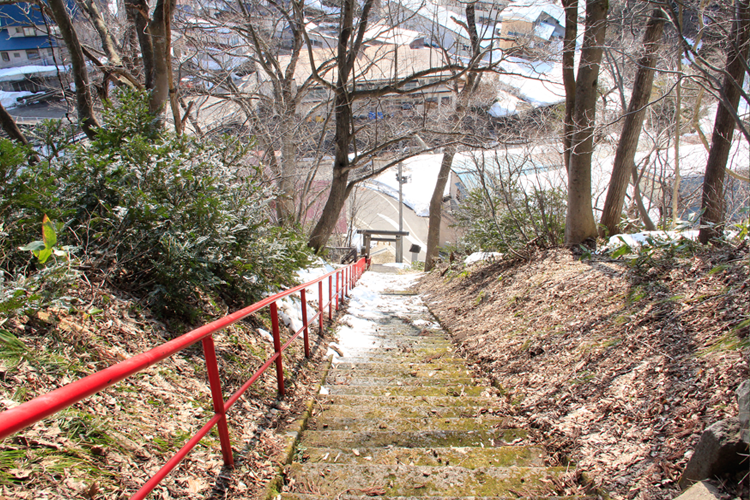 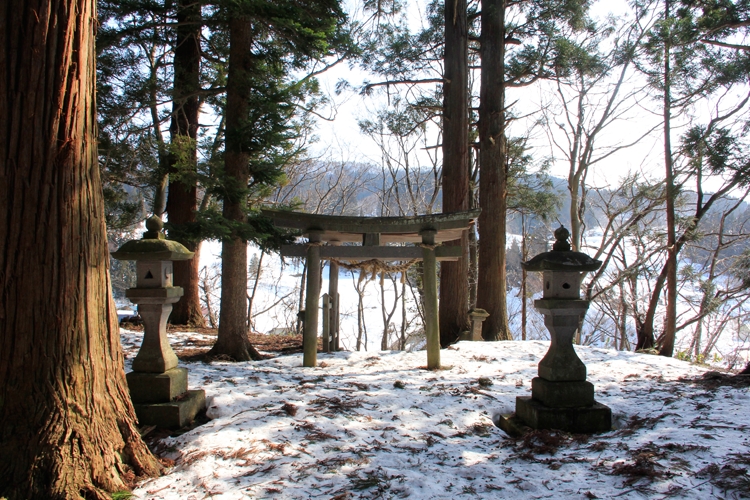 Take national road route 459 to Oshio. Yonezawaya Ryokan will be on your right hand side. Turn to the right just before Yonezawaya and then you will see the torii gate.
Please be careful as you climb up the stairs because they are steep.