One of the five Healing Buddhas in Aizu region, the Kitayama Lacquer Temple. 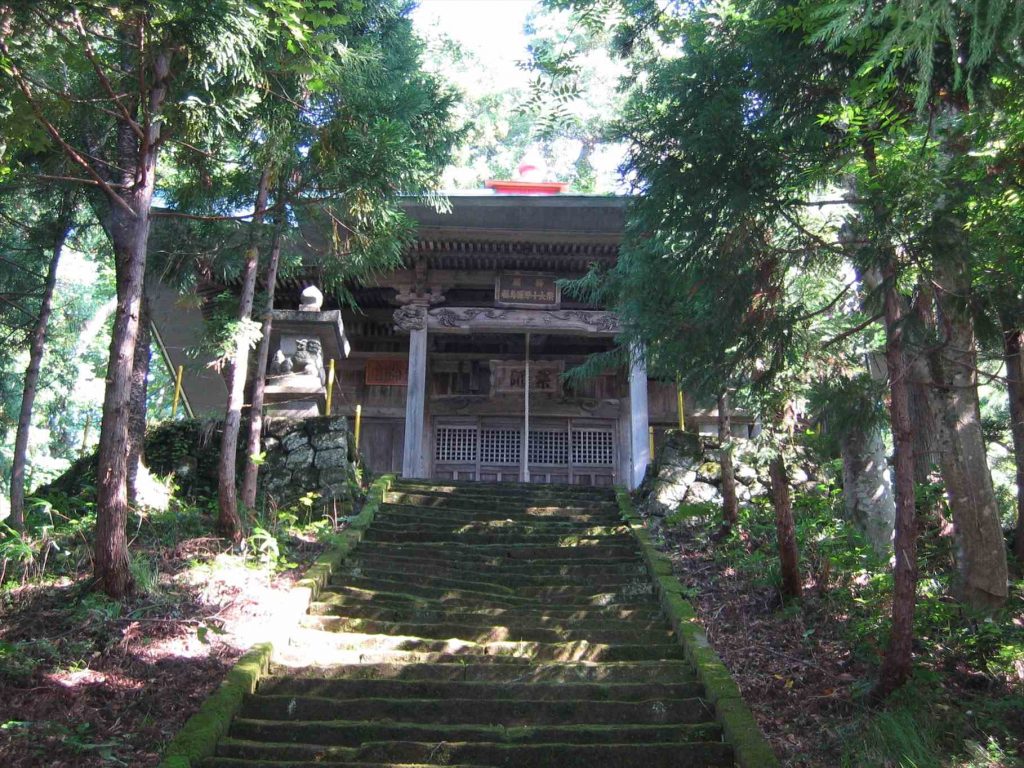 It is one of the five Healing Buddha temples in the northern part of the Aizu region. Because this temple is located in an area famous for its lacquer, it is also called the Kitayama Lacquer Temple.

There is a custom called the “Two Year Old Child’s Prayer” where children aged two years to to pray to grow up healthily. According to legend the feudal lord of Aizu, Gamo Tadasato, was a very weak child, so when he was two years old he visited Kitayama Lacquer Temple. After touching the big stone (belly stone) on the approach to the shrine, he became healthy.

At the back of the temple, a 200-year old maple tree watches over the worshippers. It is said that if a couple touches or goes under the maple tree that they will marry. In addition, at the back of the main hall there is a cave that the Buddha dwells in (“okunoin”) which is about 3.3 square metres, and which only ever gets sunlight in the morning of the winter solstice.

Take national road route 459 to the Oshio and Kitayama areas (in the direction of Kitakata).
Beyond Kitashiobara Village Office, head to the left and you will see a sign directing you to Kitayama Yakushi Temple. Go straight, and after a while on your right before the temple you will see spaces where you can park you car.