In winter, you can see winter buds and some of them look like the cute face of an animal. 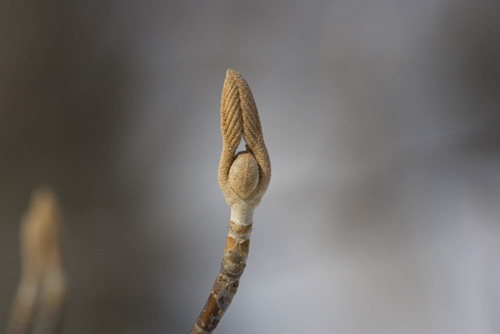 Among those interested in viewing flora in the wintertime, the bud of the Vidurnum is watched closely. It’s so popular that it’s often called the Ultraman of the forest. (Ultraman is a famous Japanese television character from the 70’s). 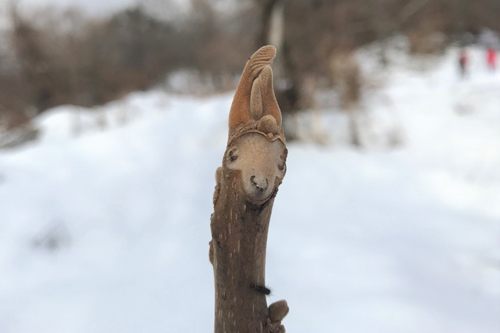 This is another very popular plant to view. Can you see the image of a sheep’s face in the places on the branch from which the leaves have fallen? 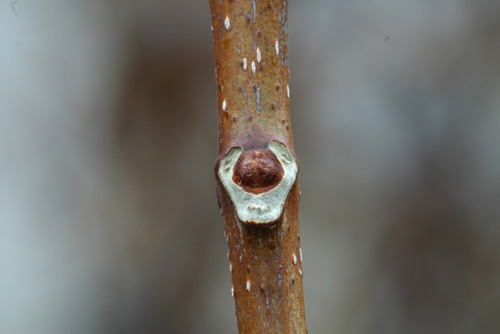 The bark’s inner layer is bright yellow and it is used as a medicine for gastrointestinal issues. What does this leaf look like to you? Can you see the image of a big clown’s nose? 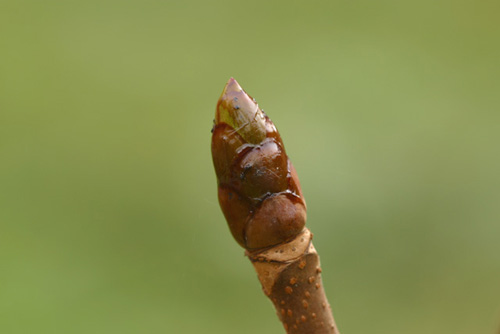 This winter bud is sticky. Sometimes it attracts insects which then become mummified. The leaves fold into a winter bud.

The Leaf Scar of the Japanese Horse Chestnut 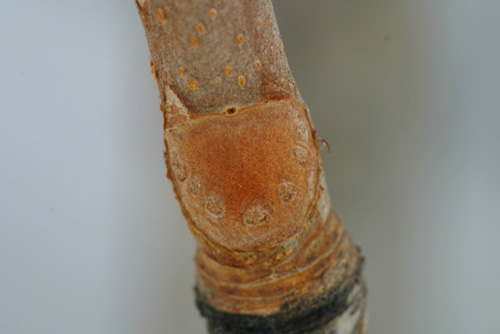 This is a leaf scar on the Japanese horse chestnut. Does it look like there are ears on a cat, dog, or even a pig? Everyone sees something different. 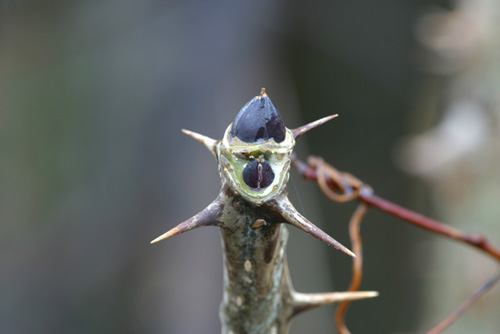 It is a plant of the family Araliaceae. Other well-known plants in this family include taranoki (Japanese angelica tree), koshiabura (a flowering tree native to Japan), yamaukogi (wild devil’s walking stick), and udo (spikenard). 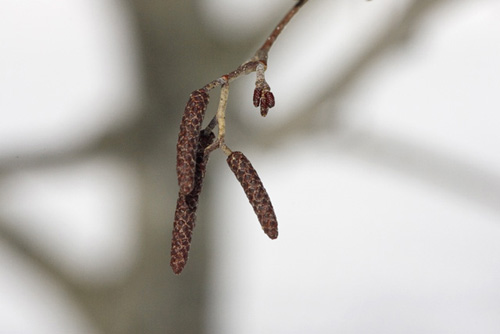 This tree has been cultivated in areas where there is a lot of water and fertile soil. In books on agriculture, this tree is highly recommended. 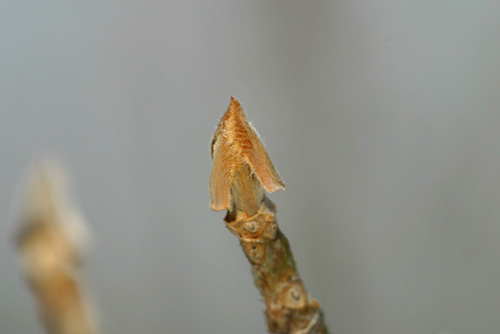 Its sprouts are boiled before being eaten and they are also stored for when there is a shortage of food.

The Winter Bud of the Japanese Rowan (Sorbus commixta) 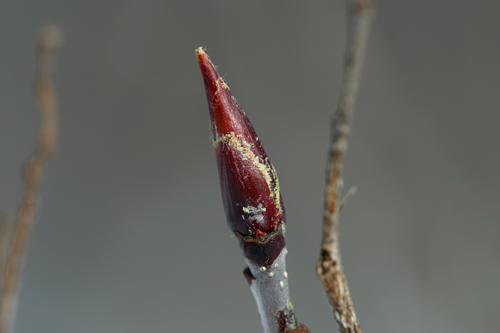 There is a theory saying that it becomes the best charcoal if it’s put in the oven seven times (the Japanese rowan is nanakamado in Japanese. Nana means ‘seven’ and kamado means ‘kitchen oven’). Its buds are similar in shape to a red conical roof. 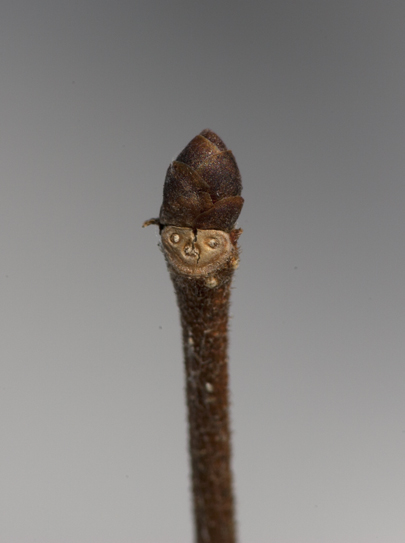 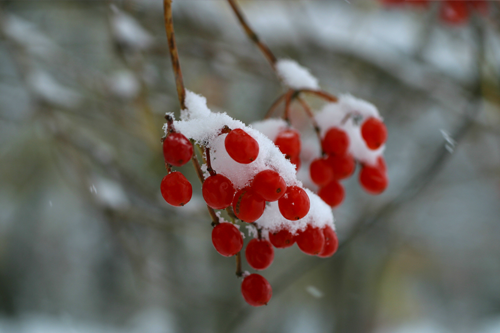 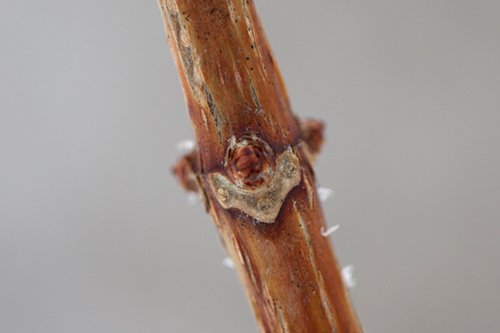 If you put a branch in a barrel of water, slimy mucus will come out from the inner layer. In autumn we often see the flowers blooming for a second time.